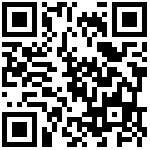 Metrics
MALALA: THE GIRL AS A SYMBOL OF FIGHT AGAINST THE TALIBAN